Telford and Wrekin’s community is joining forces to host a special event in Southwater Square, Telford next month which shows they are here to help and listen. 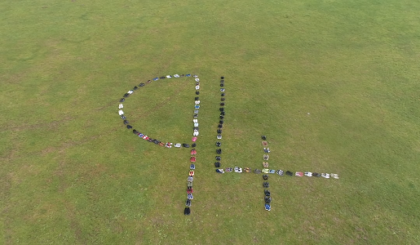 The ‘'Project Hope Telford'’ event on Saturday 10 September (11am-3pm) has been organised by the local suicide prevention action group, Telford & Wrekin Council’s public health and housing teams and partners and those with lived experience..

A mix of music, street art, face painting, circus skills and creative activities aim to raise awareness of the fact that someone sleeping rough is nine times more likely to die by suicide than a member of the general public

94 men take their lives each week and figures from the Office for National Statistics in 2018 show that suicide is the second most common cause of death among people who are homeless in England and Wales.

Thirteen per cent of deaths in 2021 among homeless people were also due to suicide.

On the day, sleeping bags will be laid out on Southwater Square, Telford to spell the word ‘hope’ and there will also be a tree of hope for people to leave inspirational messages.

A series of water bottles have also been produced in conjunction with the Cameron Grant Memorial Trust which aim to support those that are homeless and suffering with mental ill health.

The bottles, which have local contact numbers for help and support on them, will be handed out to rough sleepers on the day.

Councillor Kelly Middleton (Lab), Telford & Wrekin Council’s Cabinet Member for Leisure, Public Health and Wellbeing, Equalities and Partnerships, said: “Every life lost to suicide is a tragedy, one that can often be prevented by listening and talking to someone when in need.

“This event shows we are here to help those who are struggling with suicidal thoughts and support the most vulnerable, particularly those who are homeless for whatever reason. There is always someone to turn to for help.”

The term homelessness goes beyond describing people sleeping on the streets with no roof over their head, which is often described as ‘rough sleeping’.

It includes two other categories of homelessness such as those in temporary accommodation, including hostels and bed and breakfasts,, and the ‘hidden homeless’ who have no home but find somewhere temporary to live such as ‘sofa-surfing’ or in squats.

Councillor Paul Watling (Lab), Telford & Wrekin Council’s Cabinet Member for Safer and Stronger Communities, said: “Being homeless can a huge detrimental impact on people’s mental health and figures show that suicide is a common cause of death amongst the homeless.

“We are making great strides to support the homeless across the borough through a series of initiatives such as the ‘Everybody In For Good’ campaign and through our rough sleeper taskforce.

“With World Homeless Day fast approaching, this event aims to highlight the help which is available and underline our commitment to helping local people - giving them hope for the future by ensuring they have a roof over their head.

“People who are homeless need emotional support as well as practical help and we know that suicide and homelessness are both issues of inequality.”

Local campaigners who have experienced a loved one taking their own life are also helping to organise the event.

Support groups will have a presence on the day and provide information about the help which is available locally and nationally for people experiencing suicidal thoughts.

In 2021, campaigners laid out 94 pairs of empty shoes around Southwater Square to highlight the shocking fact that 94 men take their own lives each week and named it Project 94 “can you hear me?”

You can find out more about World Suicide Prevention day here and World Homeless Day here.

Photo: The 94 pairs of empty shoes laid out in Southwater Square in 2021 to highlight the number of men who take their own lives each week.